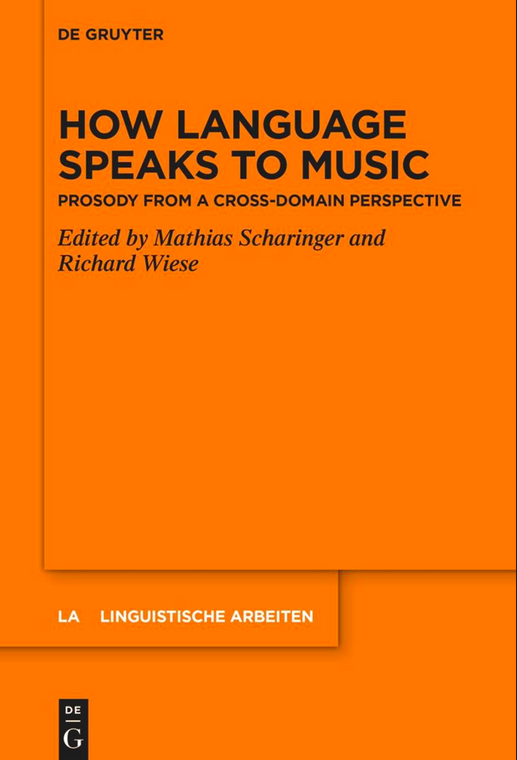 Prosody as a system of suprasegmental linguistic information such as rhythm and intonation is a prime candidate for looking at the relation between language and music in a principled way. This claim is based on several aspects:

- First, prosody is concerned with acoustic correlates of language and music that are directly comparable with each other by their physical properties such as duration and pitch.

- Second, prosodic accounts suggest a hierarchical organization of prosodic units that not only resembles a syntactic hierarchy, but is viewed as (part of) an interface to syntax.

- Fourth, bilateral transfer effects between language and music are best illustrated on the level of prosody.

Highlighting the first two aspects, this book shows that it is a fruitful endeavor to use prosody for a principled comparison of language and music. In its broader sense, prosody as sound structure of communicative systems may be considered a »meta«-language that formalizes the way of "how music speaks to language and vice versa". Prosody is firmly established within linguistic theory, but is also applied in the musical domain. Therefore, prosody is not just a field of inquiry that shares elements or features between music and language, but can additionally provide a common conceptual ground.

Mathias Scharinger & Richard Wiese
Introduction: How to conceptualize similarities between language and music